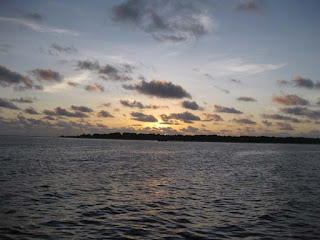 For Noah,
Who inspired me to carry on.

This novel is an effort to make imaginary sense of the historical, archaeological, and other data that The International Group for Historic Aircraft Recovery (TIGHAR) and others have collected over the last 27 years about what we think to have been Amelia Earhart’s and Fred Noonan’s landing and demise on Nikumaroro Atoll in the Phoenix Islands. It’s a prequel to my 2009 novel, Thirteen Bones.

The current version has evolved from previous ones, and will continue to evolve as research continues and alternative possibilities emerge. Subsequent versions of may look somewhat different from this one.

Note: The source citations given throughout, except where attached to explicit quotations or describing TIGHAR observations and analyses, are for the most part only examples derived from the very extensive literature surrounding Amelia Earhart (AE), George Putnam (GP) and the World Flight. Although I have read much of this literature and used it to inform the novel, I have not attempted to cite every source.

I welcome comments and criticisms; please send them to tomking106@gmail.com

Come down Amelia come down, and steal me away on a magical ride.
Over the ocean and into the blue and through to the other side.
Brendan Smith: “Amelia.” 2015 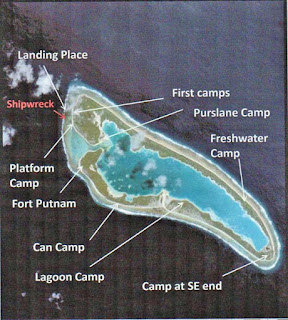 The game was called Bogie.

The cousins – Amelia (“Millie”), Muriel (“Pidge”), Lucy (“Toot”) and Kathryn (“Katch”) mounted the old carriage in the Otis family barn and launched it on another mission – as usual seeking the never-reached shining city of Cherryville – through dark forests and high mountains inhabited by ravening wolves, cannibal apes, and other horrors.

Since only boys were understood to have such adventures, they all assumed male identities – “Jim” and “Bill,” “Jack” and “Harry.” They fought off their attackers with whips, clubs, and fists, screaming with excitement, getting coated in dust and cobwebs.

“Knocked that one down,” Jack said cooly, blowing on her fist.

Harry bounced in her seat, pointing behind the carriage.

“But look, Bill, that big one with the red teeth is gaining on us!”

“Ha!” Bill snorted, wiping a cobweb off her nose, “they don’t know that these horses can fly! Whip ‘em up, Jim!”

Summer, 1907
“The game was called Bogie.” Muriel Earhart Morrissey gives the fullest description of this game in Courage is the Price, pp. 57-58. The specific adventure recounted is my own invention

“Sunglasses.” “To prevent eyestrain… she was planning to take a ‘battery’ of sunglasses made up especially for her” East to the Dawn p. 360.

“But they’d chased clouds before.” “There is no doubt that the last hour of any flight is the hardest.  If there are any clouds about to make shadows one is likely to see much imaginary land.  I saw considerable territory in the Pacific which California should annex!” Last Flight p. 17

“If she got out of this, it might be time for another operation.” Earhart suffered from sinus trouble for much of her life, possibly resulting from having contracted the Spanish Flu during the 1918 epidemic.  She undertook repeated surgical operations to relieve the condition.  See http://tighar.org/Projects/Earhart/Archives/Research/ResearchPapers/Earhart.html and http://www.biographyonline.net/adventurers/amelia-earhart.html

“Like the runway had in Hawaii.” This refers to the accident at Luke Field in Hawaii during the first attempted World Flight.  See Finding Amelia: Chapter Three.

“…get ashore in the inflatable raft.” There is debate over whether the Electra carried a life raft. I have chosen to accept reports that it did (See Associated Press July 2, 1937, http://www.nytimes.com/learning/general/onthisday/big/0702.html#article.

“Not long enough to allow Itasca to get there.” The U.S. Coast Guard Cutter Itasca was lying off Howland Island, stationed there to guide Earhart in to a safe landing using radio direction finding. The cutter subsequently played a major role in the search for Earhart and Noonan. See Finding Amelia Chaps 9-21)

“A ship not unlike hers” This was a Croydon ST-18, piloted by H.G. “Timber” Wood, which landed on Seringapatam Reef in the Timor Sea in October 1936; the crew was rescued but the plane lost.  F.F. Crocombe, the plane’s designer, published an article on the event in the December 10, 1936 issue of Flight, a journal that Earhart very likely read.  See  http://www.flightglobal.com/pdfarchive/view/1936/1936%20-%203384.html, http://tighar.org/Projects/Earhart/Archives/Research/Bulletins/64_ReefLanding/64_ReefLanding.htm, and http://tighar.org/wiki/Landing_on_a_Reef:_A_Case_Study

“It looked broadest, and quite smooth and flat, just north of the shipwreck.” This is what the reef looks like north of the Norwich City wreck on the Nutiran shore of Nikumaroro, where we suspect Earhart and Noonan landed. See the “Aerial Tour of Nikumaroro” at https://www.youtube.com/watch?v=DL9FGsvB3E8 for a first-hand look.

“Its burned superstructure flashed beneath their wheels. The reef rose fast,” The presumed landing approach is replicated toward the end of the “Aerial Tour of Nikumaroro.”